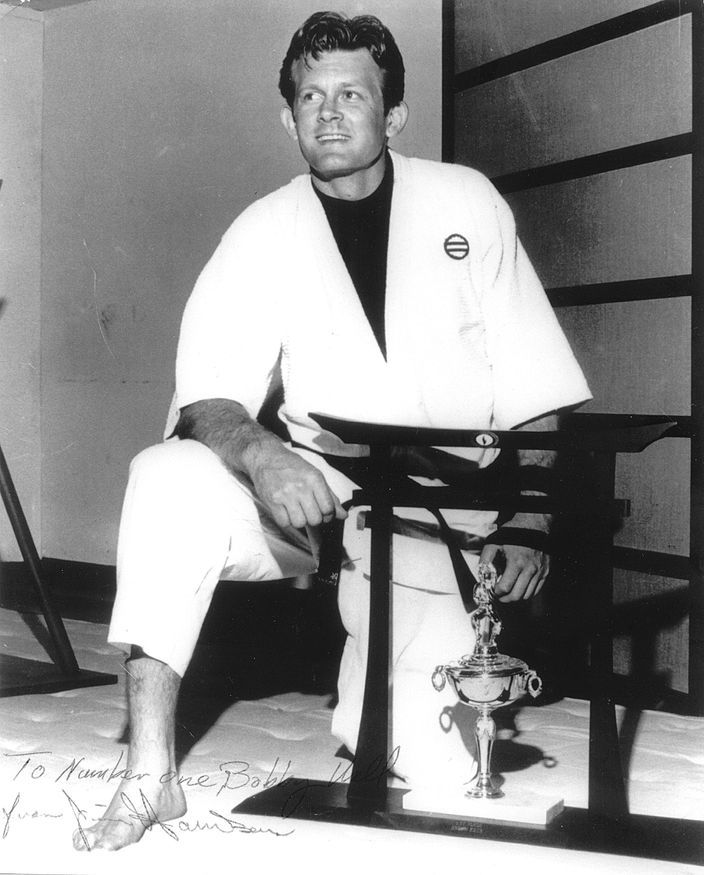 A legendary fighter, a master of Judo, Karate, Kickboxing and creator of the Bushidokan System.

One of the infamous “Magnificent Seven” and a member of the elite “Dirty Dozen”, Jim Harrison is as familiar as other legends of his time such as Bruce Lee or Chuck Norris. For others, who aren’t as familiar with the Blood and Guts era of martial arts, his name may not ring any bells. Without a doubt, Jim Harrison was one of the toughest and hardest training competitors of his day.

Called ”one of the most dangerous men in the world” by Bruce Lee and known for his notorious battles during the unforgettable “Blood-n-Guts” era of American karate, Jim Harrison has been called the closest thing to a modern Samurai the 20th century can produce.

During that time, he invented several new techniques and tactics for both sport combat and especially self-defense/street survival situations. The result is the devastatingly effective Bushidokan system.

“Agree or disagree, Jim Harrison made his stand. Besides instructing his practical and effective street survival techniques and tactics worldwide, his Sakura Warrior Arts school in Missoula, Montana continues training in modern weapons, karate/kickboxing, self-defense, and judo/jujitsu styles in his honor.”

Harrison, one of the toughest and hardest training competitors of his day was also known for many impressive and dangerous breaking feats, including shattering, with a shuto strike, a bottle full of gasoline with a lit wick that erupted into a ball of flame. 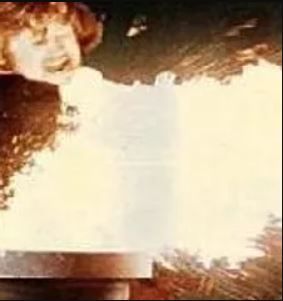 As one veteran fighter said, “One of my ambitions is to knock Jim Harrison down and keep him down.” It has never happened.

Jim Harrison began his karate training in shorin-ryu under St. Louis, Mo. Karate pioneer Jim Wax, under whom he received his black belt.

He went on to become a Special Operations police officer in St. Louis. He served on a ‘Special Violence Squad’ that was sent into the ghettos after the most dangerous criminals.

Perhaps his most legendary feat of toughness during that time was when as a police officer, he was ambushed by an ex-con who came out of a bathroom stall and fired a high caliber pistol at Harrison through the bathroom stall door, striking him several times in the chest. Harrison and his partner managed to subdue his attacker before he passed out from his wounds. The close range shots kept him down for a while but he recovered and came back stronger than ever. 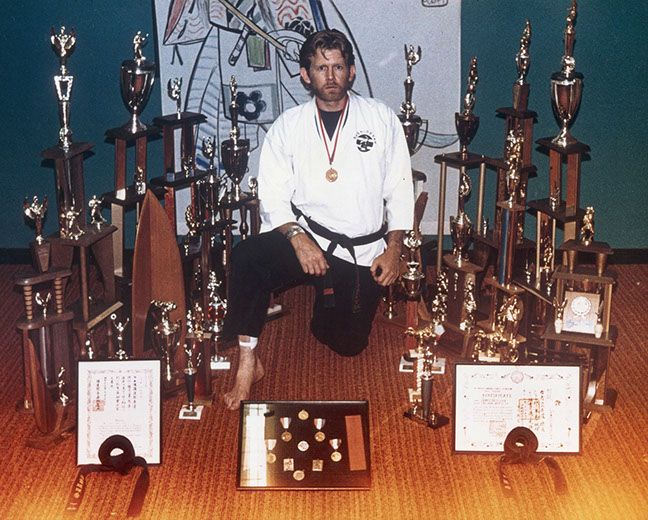 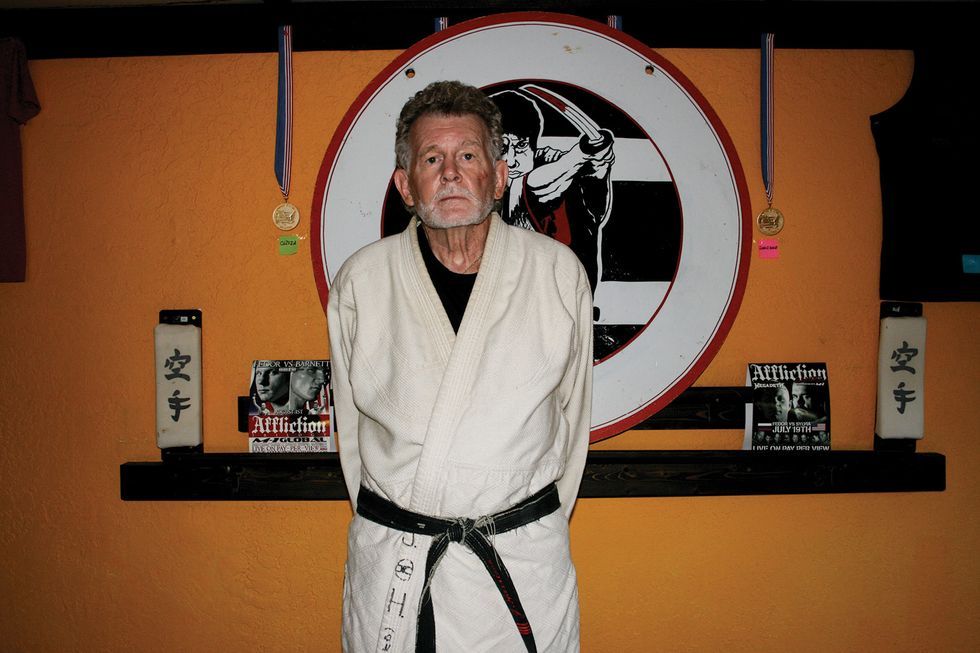 Jim Harrison’s experience is what led to the creation of his devastatingly effective self-defense system, Ronin Goshin Jutsu.

Jim Harrison was known for both hitting hard and taking hard hits. In 1970, during his first-ever, full-contact bout in Dallas, Texas, he received a cut from a glove lace over his eye. Attempts at taping failed to stop the bleeding. Finally, between rounds, a physician came into the ring, and without anesthetic stitched the wound. Harrison calmly laid on the floor of the ring during the stitching without a flinch, then went on to win the fight with a knockout.

A member of the elite USKA Trias International Society, Harrison garnered membership in the Official Karate Magazine’s 1979 Legion of Honor.

In 2001, Jim Harrison was recognized as a Hanshi of U.S. Jujitsu and promoted to the rank of 9th Degree Black Belt in US Jujitsu and US Taiho Jutsu by the United States Jujitsu Federation (USJJF), The National Governing Body for Jujitsu in the United States of America. In February, 2005 he was awarded 9th Dan in traditional Kodokan Judo by the USJJF.Mr. Harrison’s Dan Ranks

Perhaps the most feared of Harrison’s abilities was his Judo ability. Karate fighters who had not learned to fall had much to fear when facing Jim Harrison who was known to frequently dump his opponents with judo throws throughout the match.

Sensei Harrison was known for many impressive and dangerous breaking feats, including shattering, with a shuto strike, a bottle full of gasoline with a lit wick that erupted into a ball of flame.

Harrison continues a long and successful career as teacher, coach, competitor, and promoter. Jim Harrison has made a Tremendous Contribution to the Gobal Martial Arts Community. His continued “Standard of Excellence” and his many great accomplishments in the Martial Arts are very noteworthy. Jim Harrison was and still is the voice of truth and continues to be known worldwide for his candor.

As a fighter/teacher/instructor/coach, Sensei Harrison has few equals.

Mr. Harrison has trained U.S. Special Forces, Rangers, SEALs, Marine Recon and Delta Force and served in a para-military SAS (Search and Destroy) unit that undertook missions in South East Asia during the early 1970’s. He provided personal security for Chuck Norris, Linda (Mrs. Bruce) Lee and Prince Mikhail Matijasevic. He was awarded a Ph.D. (Research, Analysis & Instruction) by Yudanshakai University, and was inducted into the International Karate Hall of Fame with Chuck Norris and Bruce Lee. He is the founder of Bushidokan, Ronin Jutsu and Sakura Warrior Arts.

Concerning all phases of martial arts, including training, teaching, coaching, as well as competing, he is a man of strong, honorable and uncompromising convictions.

Agree or disagree, he makes his stand and is willing to live or die by it. Besides instructing his practical and effective street survival techniques and tactics worldwide, his Sakura Warrior Arts school in Missoula, Montana continues training in modern weapons, karate/kickboxing, self-defense, and judo/jujitsu styles. 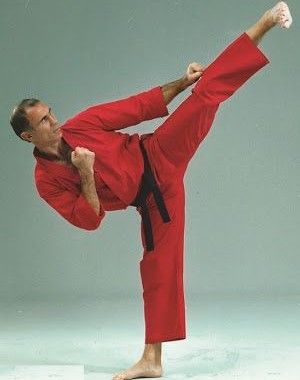 “When I decided to become a full contact fighter, I knew I needed a fighter to teach and coach me. I chose Jim Harrison. Jim is not only an excellent technical instructor but his tactical and strategical knowledge is unbelievable.” 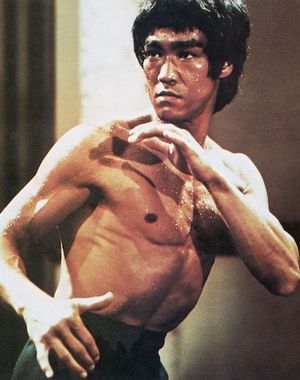 Founder of Jeet Kune Do

“I fear no man, but Jim Harrison and Mike Stone are the two last men that I would wish to meet in an alley fight. Jim Harrison’s fighting style is not flamboyant or spectacular, it’s just simple and deadly!” 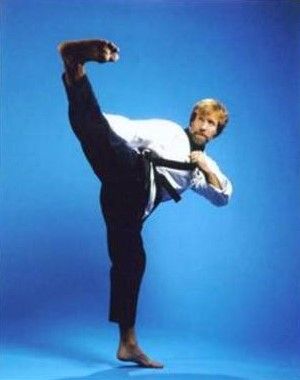 “Jim Harrison saved my life once… he pulled his punch an inch from my face!”

Get signed up for one of our martial arts classes. Schedule to talk to an instructor about the right classes for you.